Go Back to Shop All CategoriesCyclingExerciseUncategorized
HomeBlogCyclingWhy Do We Love Training Wheels (Stabilisers) So Much?

Why Do We Love Training Wheels (Stabilisers) So Much?

For some reason, parents are generally in love with the thought of training wheels (or stabilisers in British English). It’s the strategy employed by just about every mother and father to teach a child to ride their bike and yet, it’s a terrible, useless method for teaching a child to ride a bike.

Little ones need to grasp several different abilities to become a confident bicycle rider. These consist of balance, steering, pedaling and braking. Bike safety is the first skill any child should learn, but after safety the next most crucial skill is undoubtedly balance. Training wheels have simply no worth with regards to teaching balance.
Many parents will debate that training wheels or stabilizers as they are referred to in European countries provide a child a sense of self-assurance that is a precursor to learning to ride. That’s an incorrect notion.

The reason a child needs that build up of assurance is that the bicycle they’re learning to ride on is too tall and too heavy. It’s a giant contraption with sprockets that look like teeth and serrated pedals that keep on ripping the skin from their shins.

It’s too heavy to maneuver easily and the seat is so elevated they can’t even place their feet on the ground. The majority of 12″ bikes you get at the bike store weigh practically as much as a child who will ride it. Mother and father should try riding a bike that is equal to their own weight and won’t permit them to place their feet on the ground. Then they’d have a better notion of what youngsters are up against.

Training wheels may provide a youngster some confidence on their bike. More often than not, they don’t even accomplish that. With training wheels, a kid can be riding a shaky bicycle that’s prone to tipping over. One fall and that reservoir of confidence leaks away.

So if training wheels are not the solution, then what is?

A technique for teaching the child to ride a bike that’s getting increasingly popular is with a balance bike. These light bicycles are specially designed to teach a youngster how to ride a bike. They are quite low to the ground so that even children as young as 2 can sit on the seat with their feet placed on the ground.

The principle is quite similar to the earliest two-wheeled vehicle that preceded the bike known as a Dandy Horse. This apparatus was propelled through the rider’s feet pushing along the ground. Balance bikes like the Kinderbike Lafraud utilize the identical philosophy.

Kids sit on the seat and push themselves around and an incredible thing happens. They start to learn their balance on the bikes without ever thinking about it. No fear or worry. No dependence on mom or dad running behind them making an aura of safety and security.

They just jump on the bikes and ride. Having the key skills of steering and balancing learned, young children may easily make the transition to a pedal bike once they’re comfortable.
What may be most unpredicted for dad and mom is they won’t ever need to motivate a reluctant, frightened child to get on their bike. Parents won’t invest hours holding a child up on their bike because they aren’t self-assured enough to stabilize themselves.

Parents who teach their children by using a balance bike don’t have to do much of anything besides find a way to keep up with their son or daughter once they’ve mastered balancing on their bike mainly because when they do, there’s simply no stopping them. 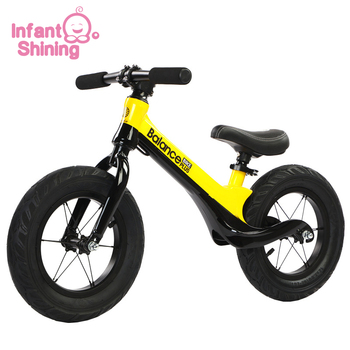 Cancel reply
Stay up to date
Register now to get updates on promotions and coupons.