Go Back to Shop All CategoriesCyclingExerciseUncategorized
HomeBlogUncategorizedHow TV and Internet Affect Your Child’s Brain?

How TV and Internet Affect Your Child’s Brain?

Watching TV, digital media, or using the Internet, can be good but excessive usage can lead to serious problems. Especially in young children. We have looked at how it affects their development and growth stages.

Watching TV/online digital media can cause the following problems in children and young kids:

Less physical activity and growth:
Addiction to TV & online/digital content will reduce the amount of physical activity in children. This will impact in a low quality of sleep they get and therefore will reduce a production of growth hormone. Ultimately affecting how your children will grow.

Researches and health experts have said that there is a direct link between TV/online time and obesity in children because they stay inactive for long periods and tend to eat high energy snacks. While watching TV/online, many ads encourage children to eat unhealthy foods such as sugary drinks, potato chips, and junk foods that lead to obesity.

Ophthalmologists say that watching TV/online stuff doesn’t cause any physical damage to eyes or eyesight. Kids may feel eye fatigue and eyestrain if they watch TV for several hours or if they sit very close to the screen. And their eyes will bounce back after a night or two of quality sleep. The American Academy of Ophthalmology says that sitting close to a TV may be a sign of nearsightedness.

Social development:
Children who appear to be addicted to watching TV/Internet don’t spend enough time playing or socializing. Therefore, less or no interaction with parents, other children, and people in their social circle can affect their social development. It also affects their knowledge and understanding of social interactions and behavior.

Psychological problem:
Children who are addicted to TV/online content can suffer from depression, anxiety, low self-esteem and confidence. This will limit their problem solving, creating and thinking power.

What are the recommendations and alternative activities?

The following recommendations are according to the American Academy of Pediatrician, Canadian Society for Exercise Physiology(CSEP), Australian Government Department of Health and New Zealand Ministry of Health:

Infant/toddlers = None (except video chatting with family)

And according to German Federal Ministry of Health the screen time should be:

How to Avoid Child Obesity? A Modern Epidemic

Child obesity What is childhood obesity? Obesity and overweight are defined as ”abnormal fat accumulation that increase a risk to health”. Rising and consequences of childhood obesity : About 25% of children in the United States are overweight and more than 11% are obese, that is an alarming situation. Obesity is the most prevalent nutritional... 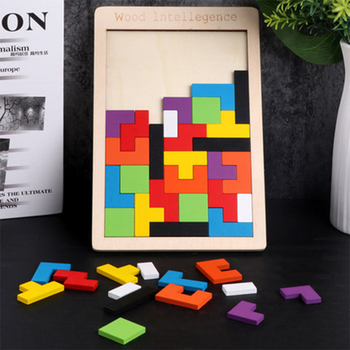 How to Avoid Child Obesity? A Modern Epidemic

Child obesity What is childhood obesity? Obesity and overweight are defined as ”abnormal fat accumulation that increase a risk to health”. Rising and consequences of childhood obesity : About 25% of children in the United States are overweight and more than 11% are obese, that is an alarming situation. Obesity...

How to Keep Your Kids Entertained at Home

With most school closed for the next few weeks, it can be challenging keeping your children entertained at home for this long period of time. This time of social-distancing doesn’t have to be boring, it can be exciting for you and your family with fun and educational activities you can...

How Much Sleep Do Your Kids Need?

Sleep is a vital part of living a healthy life – this is as clear as it possibly can be for all of us. But the question that still haunts us is how much of it do we actually need? We’re all familiar with the universal rule that everyone should...

Read More
Stay up to date
Register now to get updates on promotions and coupons.